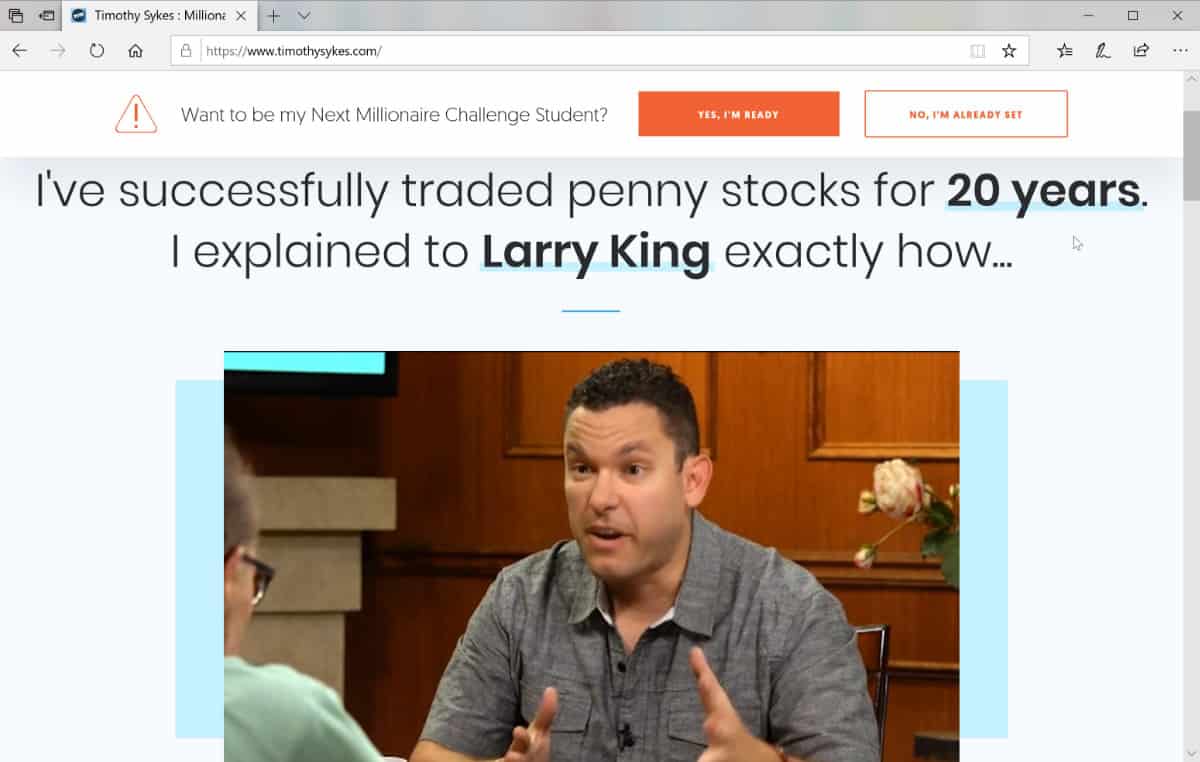 One of the world’s most popular traders and stock trading educators, Tim Sykes is well-known for his bold personality and impressive track record of penny stock returns… 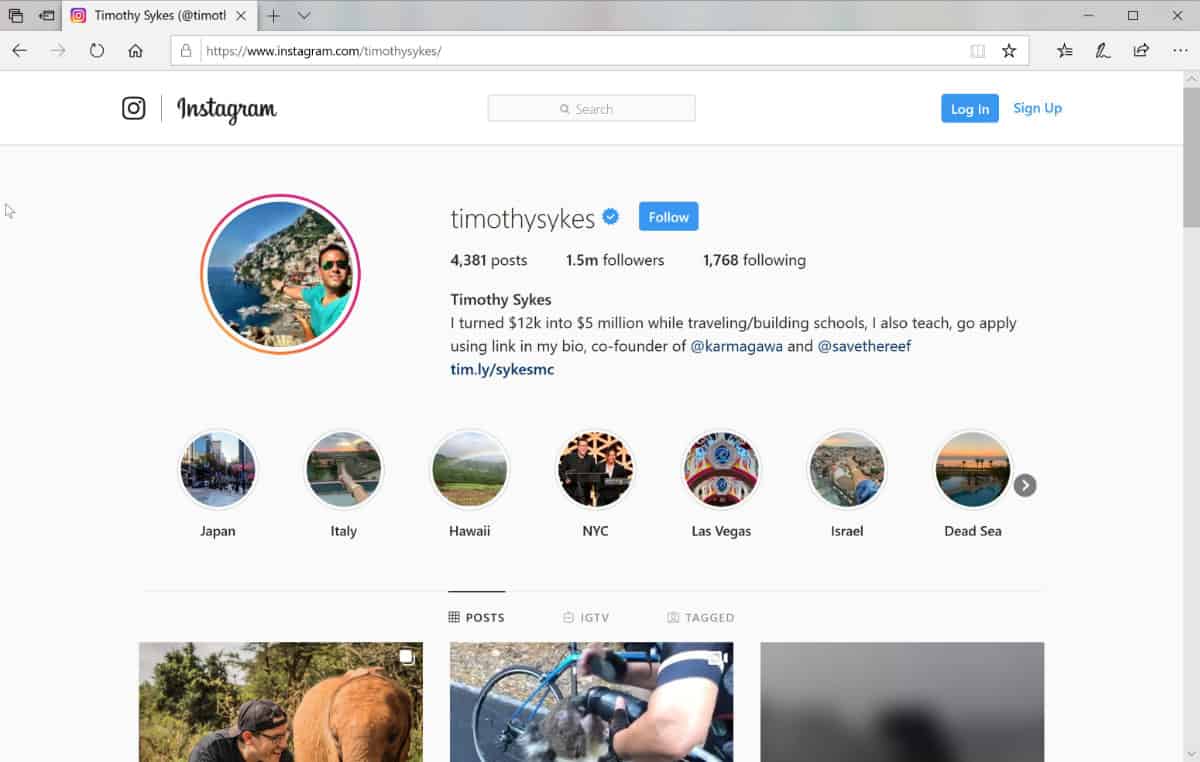 Born on April 15, 1981, Timothy Sykes belonged to a middle-class family and he’s most famous for having earned his fortune day trading penny stocks while going to college at Tulane University.

Sykes’ passion for the stock market began in 1999. At that time, the stock market was hot, with stocks soaring higher than at any other time over the previous decade. Some of the best-performing stocks gained thousands of percentage points that year, closing the year at record highs.

It was during that time that Timothy Sykes’ parents allowed him to take $12,415 of his Bar Mitzvah gift money from friends and family to try his hand at penny stock trading. They honestly believed he would lose it all and figured it would be a good life lesson for him to learn. But instead, by the beginning of 2000, he had already turned the $12,415 into $123,000. Less than a year later, his performance was even more impressive, earning another $700,000. Today, Sykes’ net worth is in the millions and he now donates his trading profits to charity while generating a substantial income as a trading educator.

Sykes was making so much money trading stocks that he was able to start a short bias hedge fund called Cilantro Fund Management during his senior year in 2003 with $1 million of his own trading capital.

Unfortunately, Timothy Sykes’ hedge fund collapsed due to heavy losses, one year after he was named as one of the hedge fund industry’s most promising young talents by Trader Monthly magazine.

After appearing in several episodes of the documentary Wall Street Warriors, Sykes gained popularity with the general public and went on to launch his personal blog which is dedicated to teaching penny stock trading.

Later that year, he self-published his autobiography, An American Hedge Fund: How I Made $2 Million as a Stock Operator & Created a Hedge Fund. The book documents his day-trading experience in college and how he later became a wealthy hedge fund manager.

In 2008, Sykes created TIM (Transparent Investment Management) to recreate his initial investment efforts by starting all over again with $12,415 and turning that into $2 million while documenting every move he made on his website.

Sykes began Investimonials, which is a website dedicated to gathering user evaluations of financial services and brokers, as well as books and videos in 2009.

That same year, during an interview with Forbes, Sykes said, “The key to success-publishing and trading-is simply being open and honest. Who would have ever thought brutal honesty would be such a revolutionary concept-only in the joke that is the “trading business.”

Sykes’ self-proclaimed “Brutal Honesty” has landed him in one controversy after another with high profile celebrities. Sykes accused basketball star Shaquille O’Neal of starting a pump and dump scheme. He later accused Justin Beiber of doing the same.

The Launch of Profit.ly 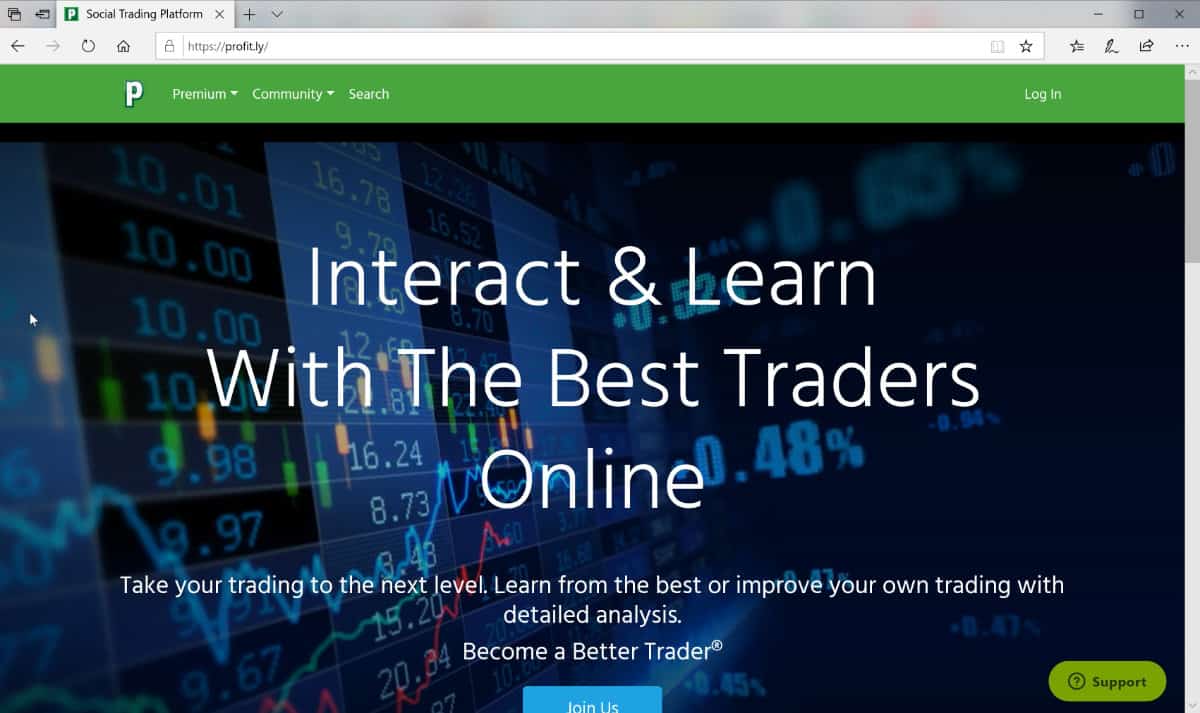 In 2011, Sykes co-founded Profit.ly, which presents stock trade data online. “Profit.ly is focused on showing all trades, something that has never been done before,” Sykes said. “This serves two purposes: creating public track records for gurus, newsletter writers, and students and allowing everyone to learn from both the wins and losses of other traders to benefit the entire industry.”

Additionally, Profit.ly sells subscriptions to premium newsletters like Pennystocking Silver (which includes a daily stock watchlist, 6,000+ video lessons, trade alerts, and chatroom access) as well as a growing library of Tim Sykes’ courses, with instructional videos available on both DVD and in digital format.

Over the years, Timothy Sykes has taught and mentored many of today’s top penny stock traders, including several millionaire students such as Tim Grittani, Steven Dux, and Roland Wolf. These rising young stars invested countless hours into studying Sykes’ trading strategies and eventually went on to join his Millionaire Challenge program.

There are a lot of risks involved with day trading, and it takes time and dedication for a student to learn the knowledge needed to become consistently profitable. Learning from a teacher gives you the ability to piggyback off of their success, reducing the learning curve and avoiding the classic mistakes made by new day traders. Sykes’ training material provides students with his favorite chart patterns and setups, risk management rules, and more. 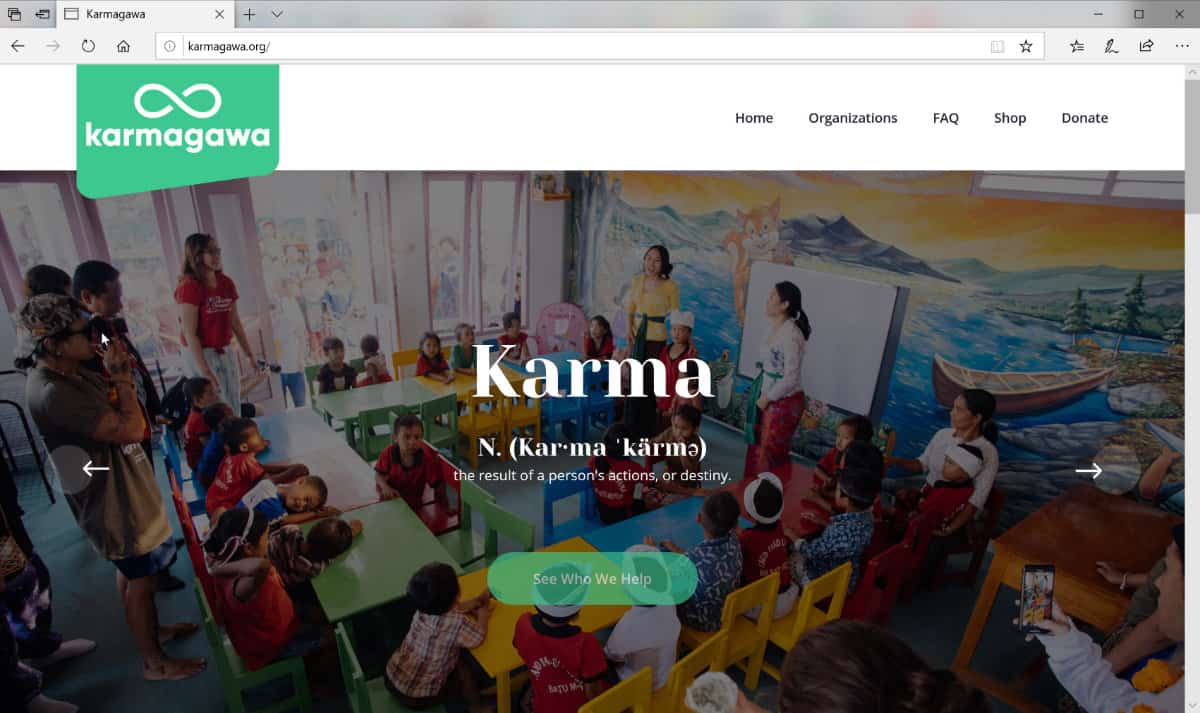 Despite his controversy, Sykes has generously given to charities such as the Boys and Girls Club and the Make-a-Wish Foundation and through his Tim Sykes Foundation. He also donated a generous $1 million in 2017 to Pencils of Promise to assist the building of twenty brand new schools in Ghana, Laos, and Guatemala.

Sykes went on to co-found Karmagawa, which is a charity that is dedicated to protecting natural resources, helping animals, and helping people in need around the globe. The charity produced a documentary on the state of the coral reef called “50 Minutes to Save the World.”

Today, you will find him enjoying his money traveling all over the world, investing in philanthropy, making YouTube videos, and meeting some of the world’s most exciting people.

In Spikeability, Sykes reveals his strategy for uncovering and profiting from massive 100%-500% gainers (often referred to as "supernovas").