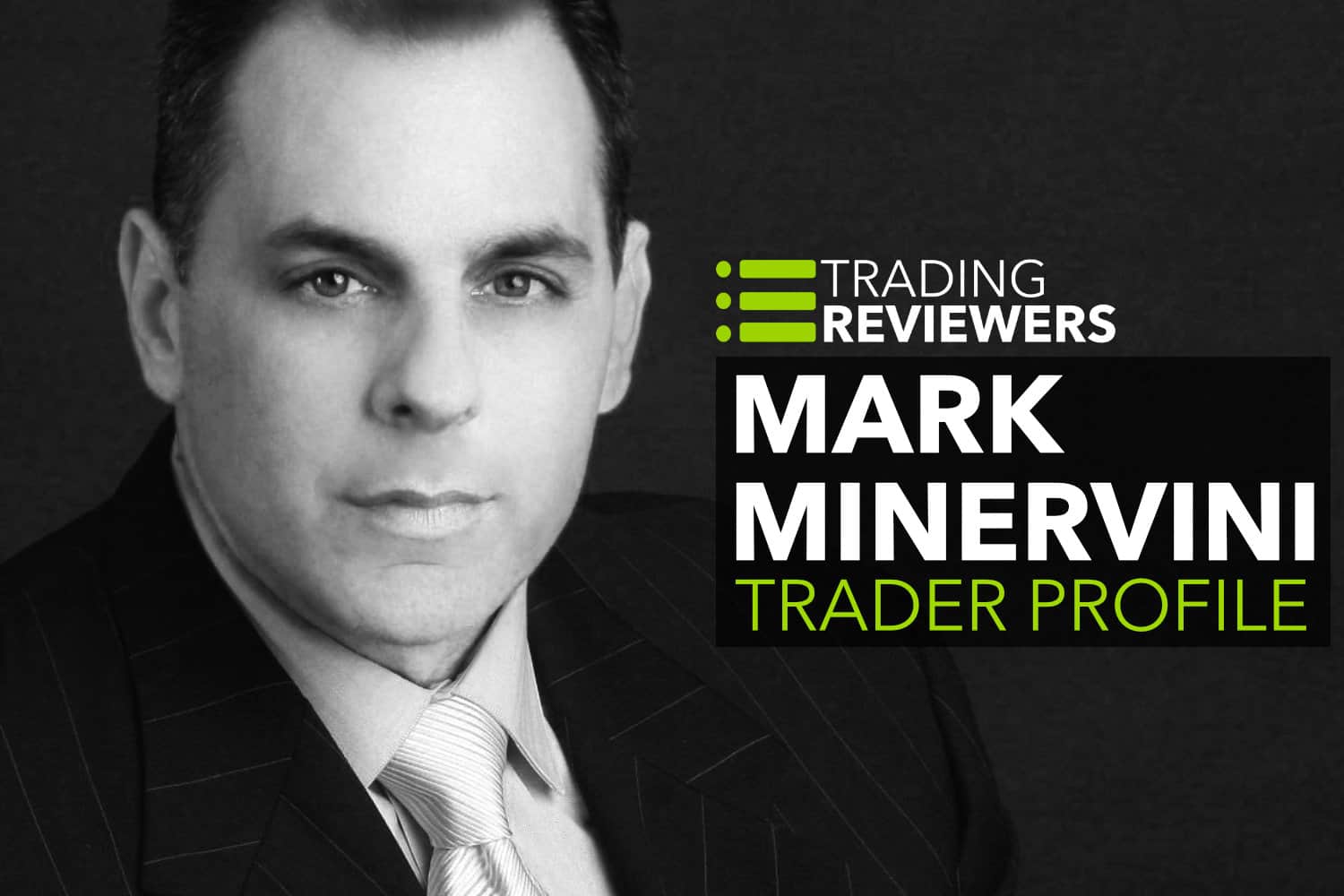 A world-class trader who is living proof that persistence and hard work can result in massive success, Mark Minervini is a source of inspiration and mentorship for thousands of traders around the world…

Mark Minervini, a veteran of Wall Street for nearly 36 years, has become one of the world’s most successful stock traders. But it wasn’t always so. He grew up in a family that was always struggling to make ends meet. His family taught him the value of hard work and persistence at a young age. It seems Minervini was always destined to be a risk-taker. At a relatively young age, he became fascinated with probabilities and statistics and enjoyed card games such as poker.

He began his adult career as a drummer in a rock band but soon decided that wasn’t going to get him the life he wanted. When asked what made him decide to start trading stocks, he said, “I did it to get rich. At the time, getting rich seemed to be the ultimate challenge, considering I came from a family that struggled financially. The reason I wanted to get rich was to have freedom. But ultimately, I was excited and challenged every single day. I absolutely loved trading.”

Minervini’s first experience with trading was investing with a stockbroker who wiped out his account in just a few short months. Minervini decided to start trading on his own and set out to do some research. As he began trading on his own he persisted through several years of losses.

“I saw the stock market as the ultimate financial opportunity without prejudice. That’s the beauty of the stock market. It’s just you and the market; you don’t need anyone’s permission,” Minervini said, “The market doesn’t care about pedigree it treats everyone equally. It doesn’t care if you’re a drummer or a plumber. It gives you pure, instant feedback, and it never lies to you. Each night, you get an honest assessment or ‘report card’ – your account balance.”

In the beginning, Minervini was attracted to the excitement and the “action.” Later, he learned to ignore the excitement of the “action” and disciplined himself to trade more intelligently so that he could make a living. However, it took him several years and a lot of trial and error to hone his skills and eventually make a living trading consistently.

Minervini spent a lot of his time doing research in libraries because he didn’t have the money to buy books. This lead to his discovery of Richard Love’s book, Superperformance Stocks, which described the commonalities of the market’s biggest winners that went up a minimum of 300% within a two-year period from 1962 to 1976. He called these stocks “superperformance stocks”.

In 1988, he read a similar article by Mark R. Reinganum, that explored 222 stock market winners from 1970 to 1983 to discover what contributed to their superior performance. The Reinganum study supported Love’s findings. The theory made sense to Minervini: study the best to find the best. Minervini set out to learn what makes a stock move up dramatically in price to join the elite circle of Superperformers, which ultimately became his life’s work.

The Birth of Minervini’s SEPA Strategy

Minervini was highlighted in Jack Schwager’s Stock Market Wizards as having generated an average annual compound return of 220% over a five and a half year period. During that time, Minervini only had one losing quarter when he was down just a fraction of 1%.

In 1993, he began a successful investment advisor firm, Quantech, which worked with some of Wall Street’s leading hedge funds and investors. Applying the same methodology that he uses today, Minervini won the US Investing Championship with a 155% return in 1997.

While appearing on the Cavuto Business Show on August 28, 1998, Minervini pointed out the similarities of the current market and the 1987 Black Monday market crash. The next day, the market crashed 512 points.

In March of 2000, Minervini predicted the steep decline of many of the internet/dot com companies by 50 – 80%, and some even going bankrupt, despite the seeming success these companies were having at the time. Twenty-eight months later, his prediction came true.

Using his proprietary methodology, SEPA, Minervini discovered the potential of a company that makes Taser guns for police departments, Taser (TASR/NASDAQ). On January 9, 2004, he purchased shares and within six weeks, rode the stock up 121%.

In 2006 Minervini launched a service that instructs traders on his SEPA trading methodology called Minervini Private Access. Users get the privilege of trading alongside him in real-time.

His popularity grew with the help of TV appearances and more success in the stocks so much that institutional investors sought him out and paid up to $10,000 for his highly guarded stock recommendations.

Minervini’s predictions once again came true when he warned of a possible 1,000 point drop in the market after the DJIA had a slump of 250 points in May of 2010. Within an hour of his prediction, the “Flash Crash” occurred proving Minervini right.

In 2013, Minervini published his 352-page book, Trade Like a Stock Market Wizard. He also published Think & Trade Like a Champion in 2017 and most recently, Mindset Secrets for Winning in 2019. Today, he continues to conduct an annual 2-day weekend seminar for his Master Trader Program which provides in-depth training on his trading methodology.

When he’s not busy with the stock market and his workshops, you’ll find Minervini enjoying one of his favorite pastimes, either boxing, playing drums, cooking, or playing poker.