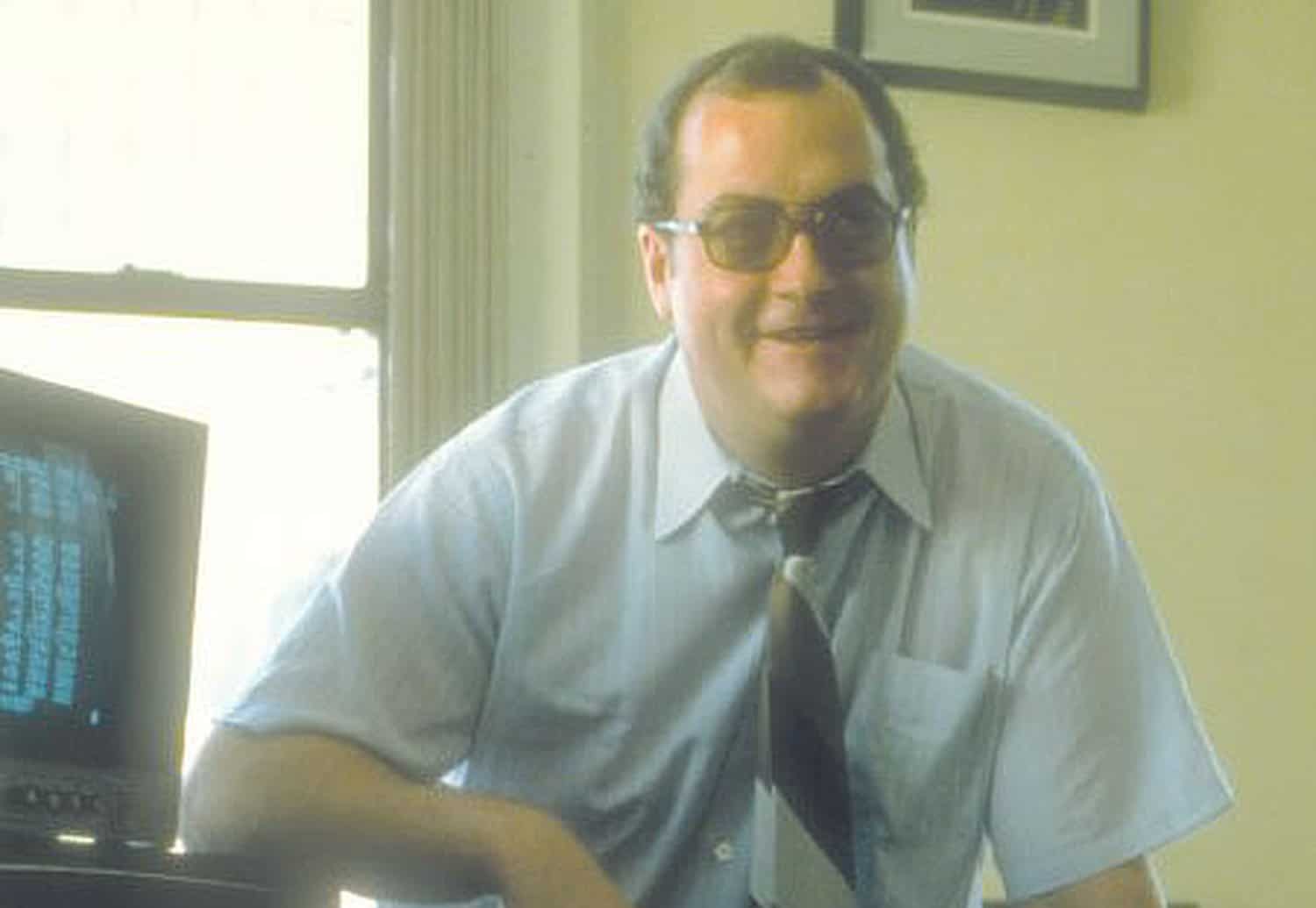 A trader who is commonly called the “Prince of the Pit”, Richard Dennis is famous for teaching his highly-secretive trend-following system to a group of individuals known as “the Turtles”…

Born in 1949, Richard Dennis grew up in Chicago in the 1950s in a blue-collared family. When Dennis was 17 years old, he landed a job as a trading floor runner at the Chicago Mercantile Exchange. After graduating high school, he went on to earn a Bachelor’s degree in philosophy but failed to follow through with an earned scholarship for graduate school, choosing to quit instead.

When he was 19 years old, he started trading his own account. He used $1,600 he had borrowed from his family to buy a $1,400 seat on the MidAmerica Commodity Exchange. He was left with $400 of his own capital to trade with. However, the MidAmerica Commodity Exchange had an age restriction. You had to be 21 years old to trade. In order to get around this age restriction, he hired his father to trade for him in the pit, while Dennis acted as his own runner.

When Dennis began trading, he really didn’t know what he was doing. Months of highs and lows, and learning the hard way cost him mentally, “You have to have mentally gone through the process of failure,” he said. “I had a day during which I made every mistake known to modern man. I took too big risks. I panicked and sold at the bottom of every break. I had built my net worth up to about $4,000 coming into that day, and I lost about $1,000 in two hours. It took me about three days to work through that experience emotionally, and I think it was the best thing that ever happened to me.”

By 1973, Dennis had developed a system and had earned over $100,000 by this time. In 1974, he hit it big with a $500,000 profit on Soybeans futures. By 1975, at the age of 26, he had earned over a million dollars. At this time, Dennis had already been teaching fellow traders. There were about 50 or 60 young members of the exchange that would meet in his small apartment to learn from Dennis about trading. Dennis and his friend Tom Willis were mainly teaching “liquidity.”

Ready to take his trading to the next level, he bought a full membership to the Chicago Board of Trade in the late ’70s and set up an office upstairs. Fellow trader Tom Willis was dumbfounded, “Richard goes to the Board of Trade and knocks the cover off the ball. They’ve never seen anything like this. I mean this kid takes the whole pit off. Not because he can or not because he wants to show off… and they’re talking about him, ‘Who’s this new kid?'”

By the time the early ’80s had rolled around, Dennis had made more than $100 million in trading. Dennis believed he could teach anyone to trade the futures markets, but his partner, William Eckhardt, argued that Dennis’s success was because he had a gift for trading. Dennis decided to do an experiment to prove his theory right. The experiment included both men and women and took place over a two week period.

During these two weeks, Dennis taught his trading process and rules to his students. He did this with two groups of fourteen people each. He called his students “Turtles” because he wanted to grow traders as quickly and efficiently as the turtle farms he had seen while visiting Singapore.

Once the two weeks of training were finished, Dennis set each one up with an account and some of his own money for them to trade. To say that the experiment was a success would be putting it mildly. Over the next five years, his 28 “Turtles” had earned more than $175 million. Dennis said, “You shouldn’t, I suppose, live in your trading children’s reflective glory, but I am. I think [training the Turtles] is the single best thing I’ve done in commodities.”

One of Dennis’s former students said that Dennis believed his pit trading success could be attributed to his physical height and size. “You ever heard why he considered himself really successful? He is six feet something and the size of a freight train. He could see over people, and more importantly, people could see him. People always knew that he was there. He honestly felt that’s why he was successful.”

Dennis’s luck turned, and things went south for him in the late ’80s. He lost $10 million during the stock market crash in 1987, and a year later he lost another $40 million. Then again, in the late 90s, he found himself on the losing end anew. At this point, he decided to cut his losses and shut everything down.

“Trading has taught me not to take the conventional wisdom for granted. What money I made in trading is testimony to the fact that the majority is wrong a lot of the time. The vast majority is wrong even more of the time. I’ve learned that markets, which are often just mad crowds, are often irrational; when emotionally overwrought, they’re almost always wrong.”

Today, Dennis is the president of the Dennis Trading Group and vice-chairman of C&D Commodities. He is also a member of the Board of Directors for the Cato Institute and on the Board of Trustees for the Reason Foundation.

Way of the Turtle: The Secret Methods that Turned Ordinary People into Legendary Traders

Written by Curtis Faith, the top-earning Turtle who was personally mentored by Richard Dennis, Way of the Turtle breaks down Dennis' secretive and highly-profitable trading method.

In The Complete TurtleTrader, author Michael Covel tells the story of Wall Street trading legend Richard Dennis, the Turtles, and the trading system that made them millionaires.