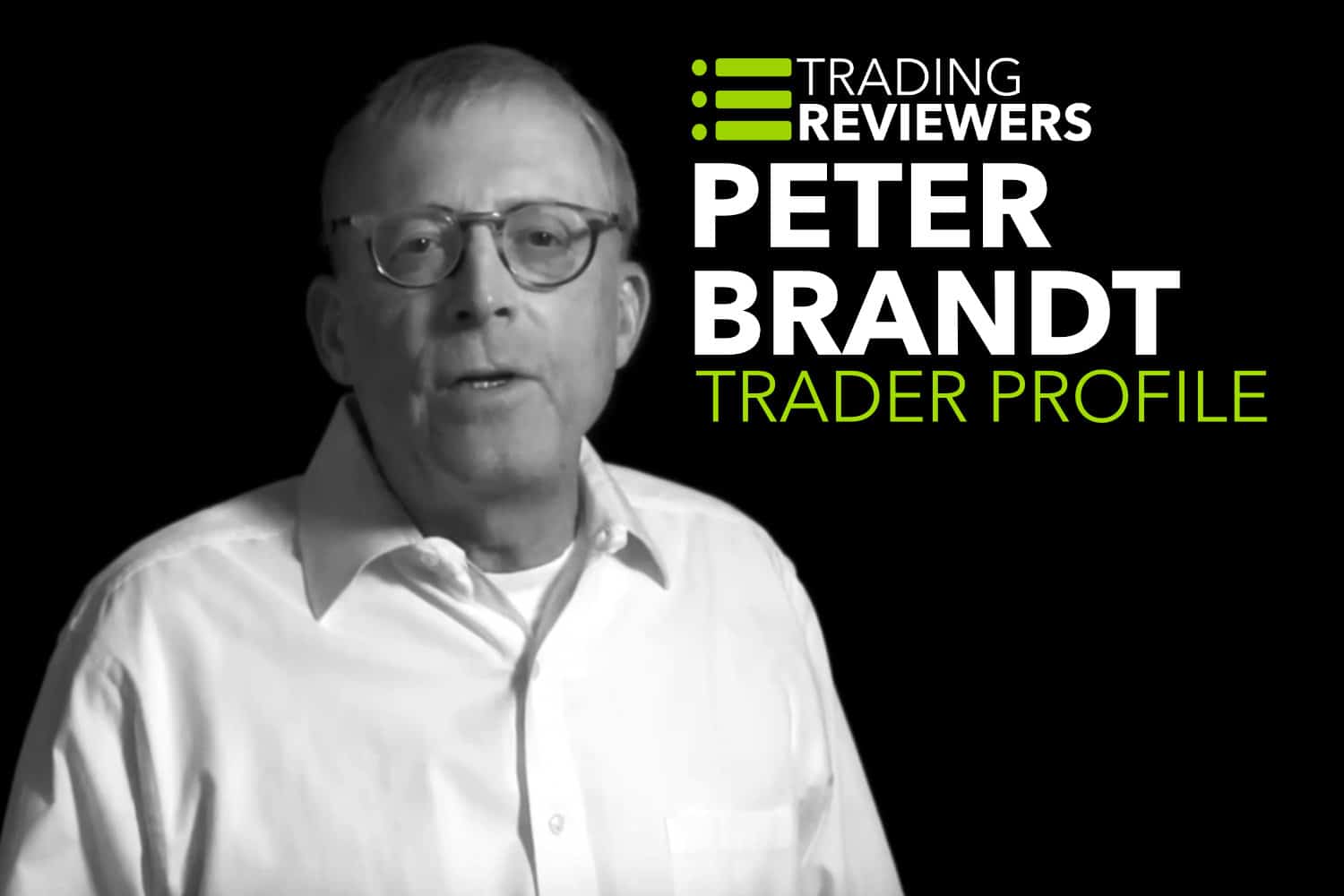 The founder and CEO of Factor Trading Co, Peter Brandt is a seasoned commodities speculator who has been trading the markets for more than 40 years…
Table of Contents
Add a header to begin generating the table of contents

Peter Brandt graduated from the University of Minnesota with a Bachelor’s degree in journalism. Right out of college, he married, started having children, and moved his family to Chicago, where he got a job with one of the top advertising agencies in the country.

Brandt became fascinated with the market after a luncheon with the father of one of his son’s friends. This fellow father was a member of the Chicago Board of Trade and asked Brandt to come to see what he did for a living. They had lunch in the member’s dining room, overlooking the pits.

This was during the age when pit trading was at its peak, and Brandt was captivated by the excitement of the pit traders yelling and screaming. Although, he said, “What really interested me the most was that here you had people who didn’t sit in meetings all day. They were responsible for what they were doing. And they could determine at the end of the day to the penny how their day was.”

Brandt finally caught a break in 1976 with Continental Grain Company, who offered him a position where he could sit at the edge of the Pit and find people to do trades for him. They gave him a guaranteed salary for about six months and then he was on his own. Through this opportunity, Brandt was able to learn the business and make a living for himself. It ended up taking him about four or five years to learn everything he needed to know about trading and to earn the capital he needed to begin trading on his own.

In 1980, Peter Brandt became the founder and CEO of Factor Trading Co., a proprietary trading firm at the CBOT. “I think the recipe for longevity is a tremendous respect for risk, number one,” Brand said, “I don’t view myself as a trader as much as I view myself as a risk manager. My job is to manage my losses and deal with how I manage my losses.”

Brandt published Trading Commodity Futures With Classical Chart Patterns in 1990. The book became an instant classic and has remained so among traders to this day. Brandt became well known for his chart analysis.

In 1995, after twenty years of trading, Brandt became burned out and decided to take a break and do something that separated him from the markets for a while. He initially planned to take a year or two off to pursue other interests.

Brandt put his money into stock mutual funds and became a passive trader while he started working with charities, non-profits, and the charitable organizations he was financially supporting. He became active on the board of directors of several worthy organizations and involved himself in philanthropic projects.

Although Brandt enjoyed his ten year sabbatical from the markets, he started to get the itch to return to trading again around 2006. He became convinced that he could do more good as a donor than as an active advisor. So, he opened a proprietary account, hired a small staff, and jumped back into trading.

Brandt considers a big trade to be a trade that returns at least 30% against his entire nominal capital within two to four months. His best year was during the first quarter of 1987, despite the October crash that happened that year. He also did very well with the bull market in crude oil ten to fifteen years ago. His best trade came in 2018 when he bet on the depreciation of the Turkish lira.

Diary of a Professional Commodity Trader

In 2011, Brandt published another book, Diary of a Professional Commodity Trader. The book spent 27 weeks as Amazon’s #1 ranked book on trading. That same year, Barry Ritholtz’s web site, The Big Picture, named him one of the top thirty most influential people in the world of finance.

According to Brandt, “I think if somebody wants to know themselves as a person – if they really want to know the good, the bad, and the ugly – just become a trader.”

Diary of a Professional Commodity Trader

In his second book, Peter Brandt shares valuable insights into how an individual can become a full-time, highly profitable trader.