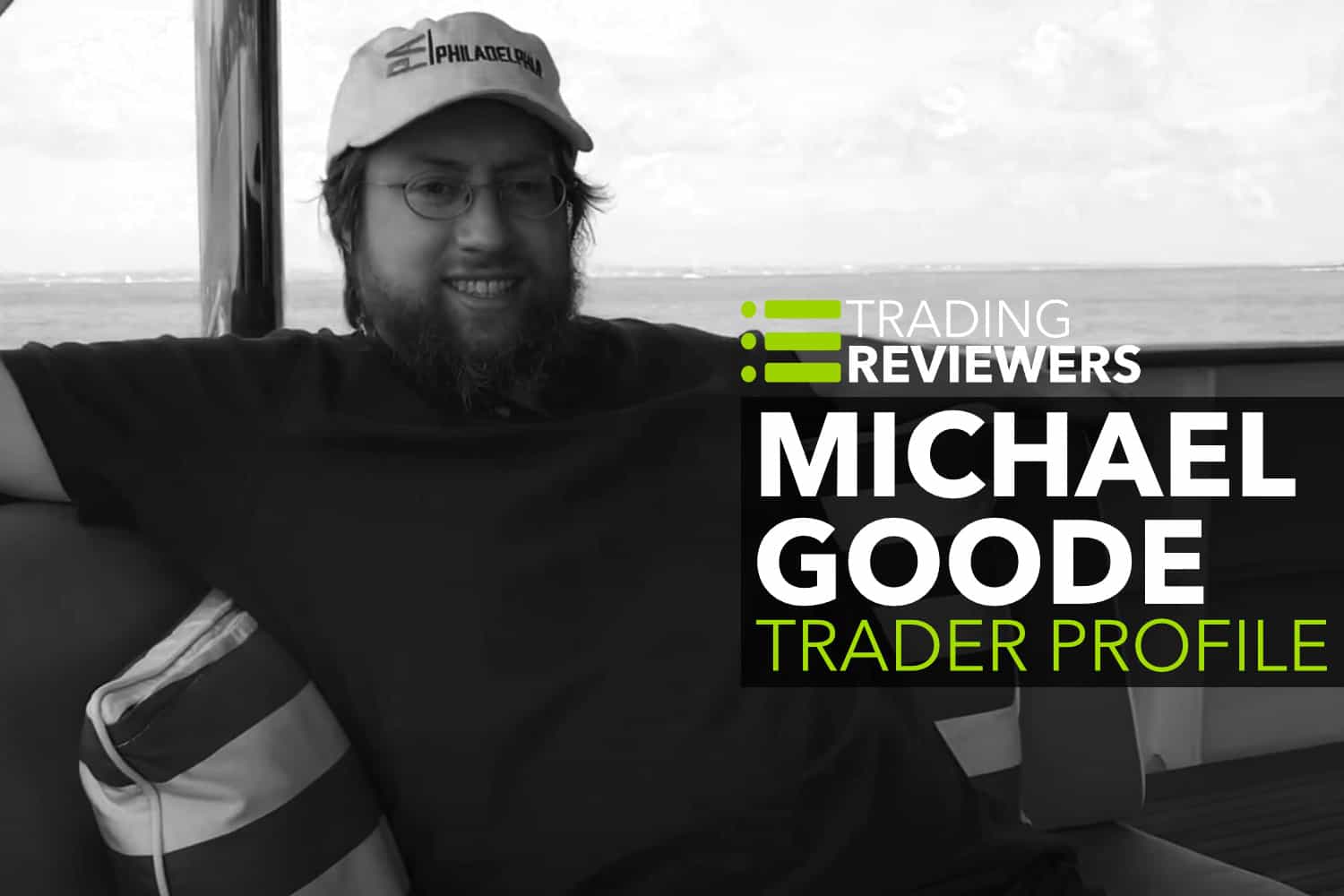 Famous for becoming Timothy Sykes’ first millionaire student, Michael Goode has made a fortune over the last several years trading penny stocks and is an inspiration to many new traders…

In 2004, while in graduate school, Michael Goode and his wife both inherited money when Goode’s grandmother and his wife’s father passed away. At this time, he became interested in trading stocks. Being academically oriented, he began studying, researching, and reading every book on the stock market that he could find.

Once Goode started actively trading, he discovered a penny stock called US Wind Farming and felt like he had hit the jackpot, but after doing some research and Googling the CEO’s name, he found out that this stock was likely a fraud. He didn’t know or understand SEC filings and pink sheets, but he knew a fraud when he saw one.

He became very intrigued with the pump and dump methodology and began his investing career swing trading pump and dumps.

Also around that time, Goode was randomly day trading stocks like GE and Amazon, shorting, buying, and trading options. He began with a $50,000 account and over the next year, he was making a couple hundred thousand dollars on pump and dumps.

Goode left grad school with a master’s degree in cognitive psychology, thinking he would go into investment management, but after some success with pump and dumps, he decided to go full time in 2007. 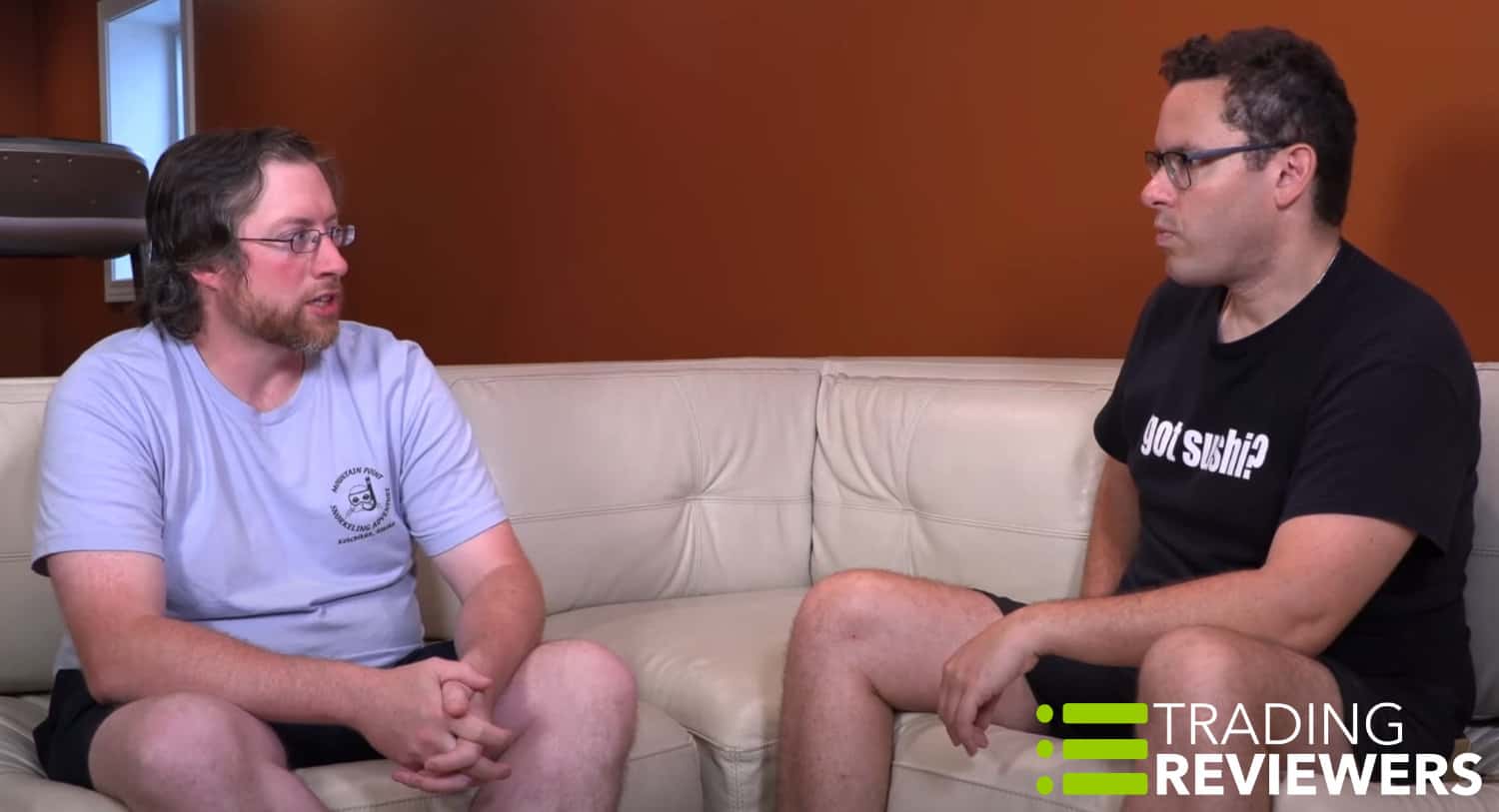 Early in his trading career, Michael Goode started a website called GoodeValue.com. Around this time, in 2007, he also discovered Tim Sykes, but he was skeptical of Sykes and actually wrote a blog post outing Sykes’ methods as faulty and misleading.

That blog post opened up a line of dialogue between Goode and Sykes that ultimately resulted in a friendship built around respect. In 2008, Goode signed up for Sykes’ Millionaire Challenge program and he spent countless hours studying Tim Sykes’ videos. In just four short years, Goode became Sykes’ first millionaire student. Today, he’s an instructor and mentor for Sykes’ Millionaire Challenge students, working alongside Sykes. You’ll also find him in Timothy Sykes’ private chat room each day where he works as a room moderator along with Tim Grittani (kroyrunner), Michael Hudson (Huddie), Jack Kellogg (Jackaroo), and Mark Croock (markcroock). Be sure to read our Pennystocking Silver review if you’re interested in accessing this exclusive members’ only chat room.

A Devastating Loss and Lessons Learned

In 2008, despite having lost close to $90,000 in a trade gone bad, he continued to take big position sizes occasionally because he wanted to “hit that home run” and score big. Doing so over the next couple of years landed him some big wins as well as losses.

With his wife working full time and earning enough money to cover all of their living expenses, Michael Goode was in a unique position. As a result, he could focus entirely on growing the size of his trading account.

In the spring of 2010, Goode found himself up $80,000 for the year, but over the next three months, he ended up losing a total of $100,000, with a $66,000 loss that happened in a single day. Goode recalls sitting in his living room in shock when his wife came home from work. He broke the news that he lost a ton of money that day, and she then if he could once again become a profitable trader. If so, she told him to keep trading and she would support his decision. Goode’s wife said, “As long as you believe in yourself and you think you can do this, then keep doing it.” Knowing that he had his wife’s full support, Goode continued trading but learned from his mistakes — he never again put on overly large positions that can result in crushing losses.

Today, Michael Goode counsels his students not to get carried away with their position sizing in an attempt to “hit a home run.” He explains that if you are new and haven’t been trading for a long time, you can’t expect to be profitable.

On the other hand, for the people looking to make their fortunes, he advises them not to be afraid to take risks as long as they do the proper research before making a decision. “Many people are afraid to take risks and will talk you down from doing something that could be perceived as “too risky,” but no risk means no reward either.”

Although Goode had been tracking his trades since 2007 in a single spreadsheet, in 2010 he began tracking his trades in greater detail, breaking down each trade by specifying the exact strategy he used. Over the next year, he was able to make more money with half as many trades, generating profits more consistently with fewer losses by getting rid of all the bad trades.

“At the time, the thing for me to do was stop making the trades I wasn’t doing well on. Then you can always come back and figure out how to do them better later.”

Goode recommends new people to start with one pattern or one trade setup or two trade setups at the most, and you do that until you are good at it. You do not start doing anything else until you are actually good at the first one. “It’s really hard to learn new things, and it makes it harder when you are trying to learn a bunch of new things at once.”

Join Pennystocking Silver today and trade alongside Michael Goode in the exclusive members' only chatroom.